In the live performance Becoming an Image, Cassils unleashes an attack on a 2,000 pound clay block in total darkness.

The spectacle is illuminated solely by the flash of a photographer, burning the image into the viewer’s retina. Becoming an Image was originally conceived as a site-specific work for the ONE Archives in Los Angeles, the oldest active LGBTQ archive in the United States. Cassils now performs this work around the world.

“This project by Cassils epitomizes a new mode of hybrid practices that draws on a legacy of body, conceptual, and installation art to render new complex art experiences that are performative yet exist in various material forms.”

Each live performance generates a series of still images. 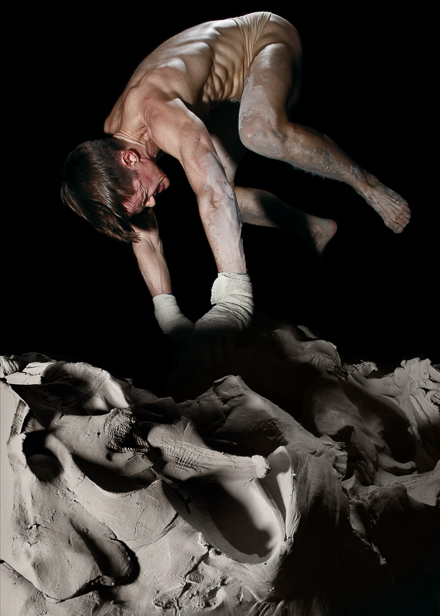 Large scale color photographs depict Cassils sweating, grimacing, and flying through the air as a primal force--pummelling the one ton clay obelisk. In recent iterations, Cassils installs these performative photographs atop custom wallpaper of the audience watching the performance-- formally turning the lens of the camera back towards the viewers. 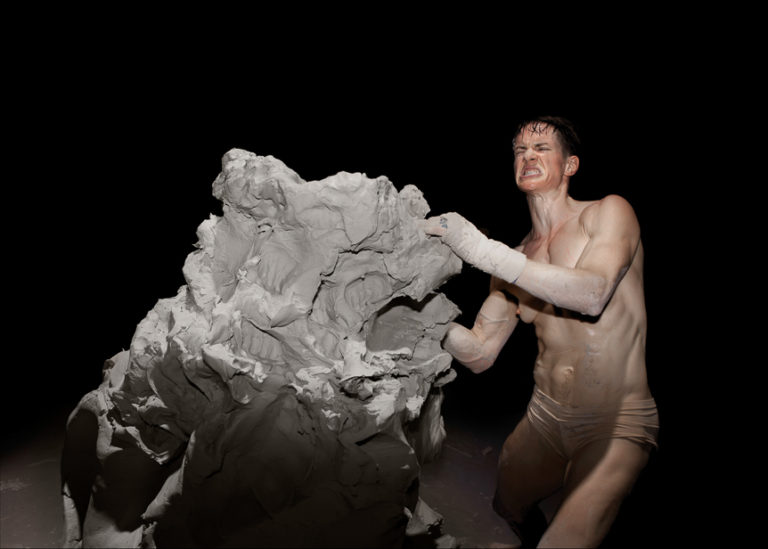 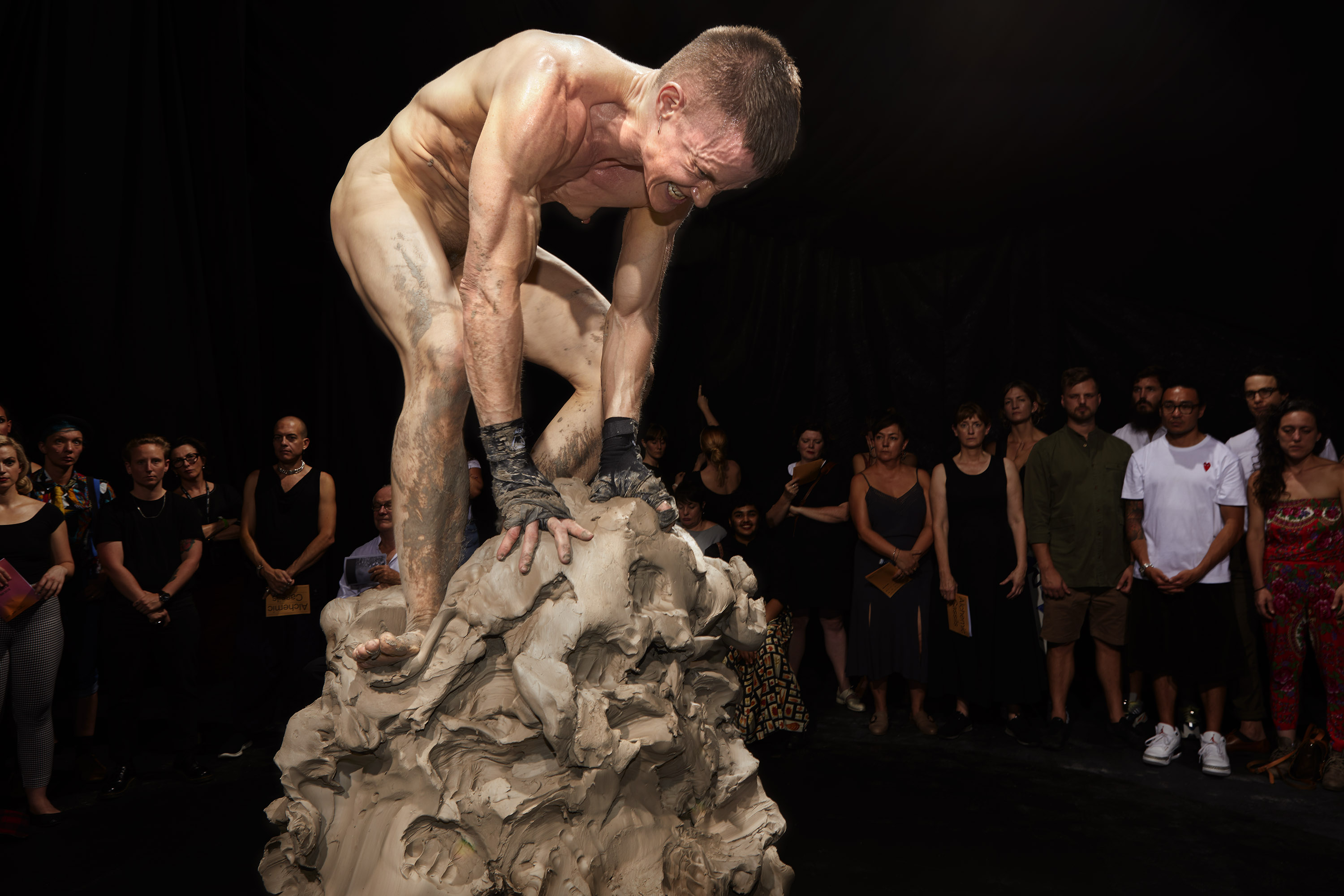 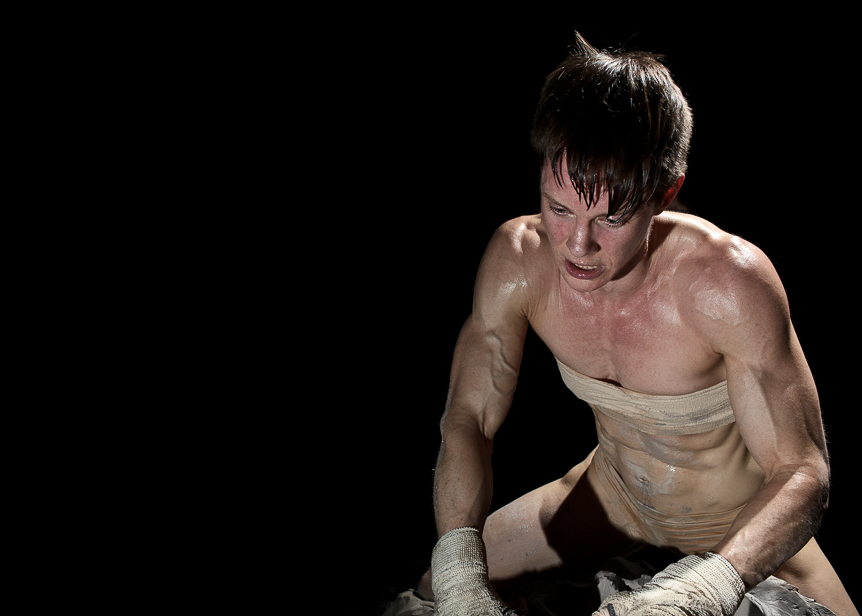 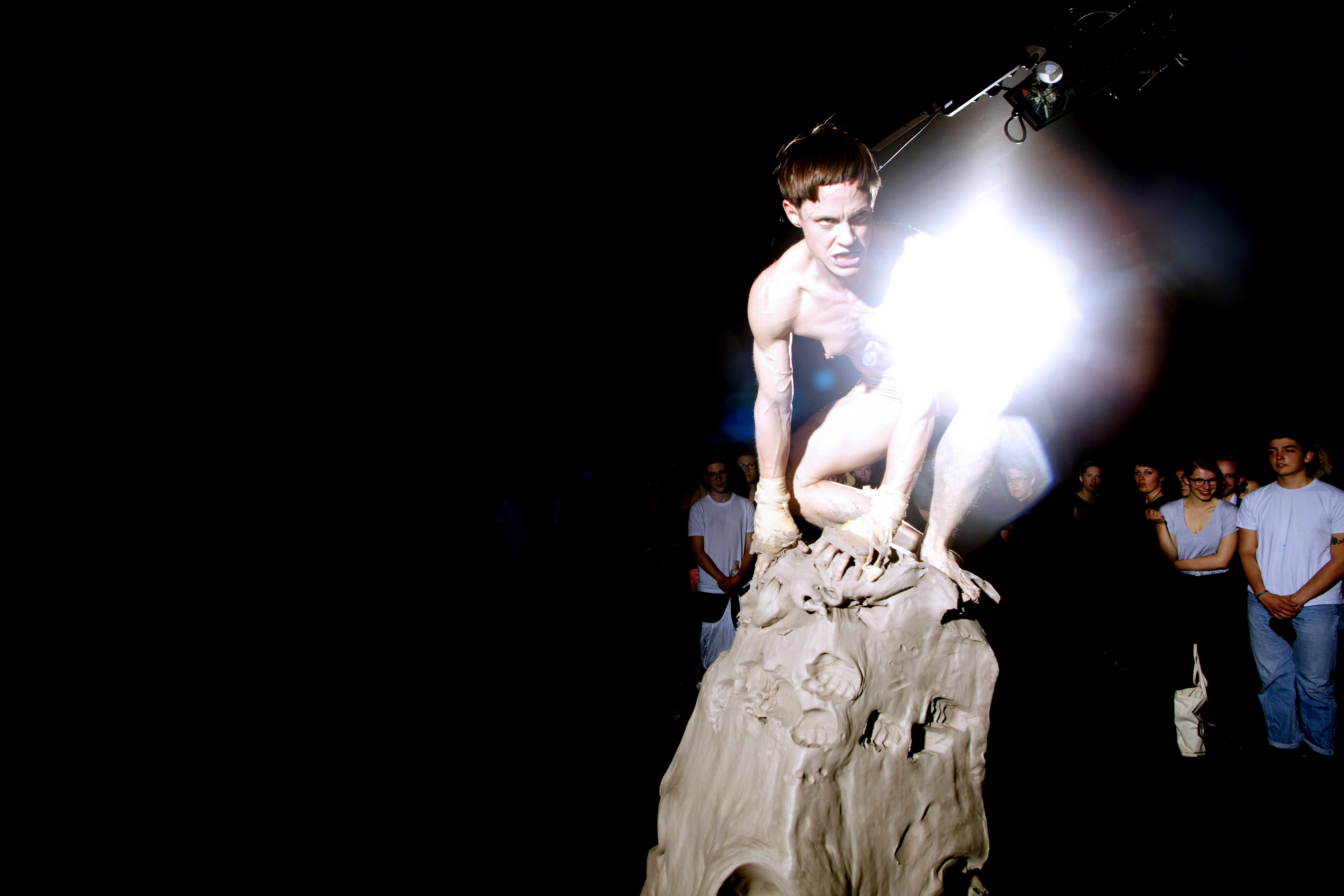 “At the core of Cassils’ durational performances is this principle of calculated risk in the face of the material’s capacity, and, as Acker says, of the ultimate material, “of the body’s inexorable movement towards its final failure, toward death” 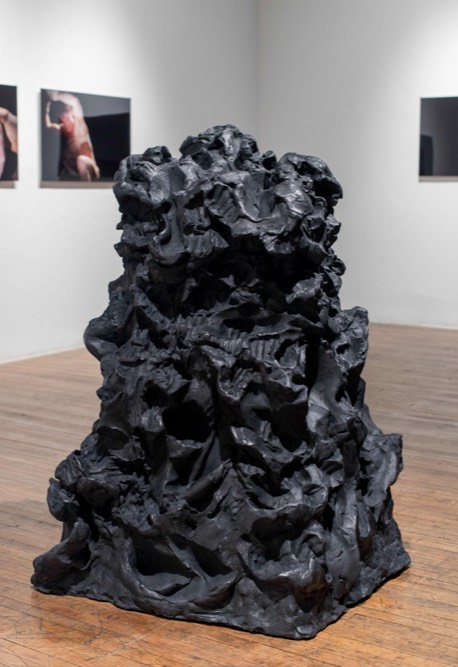 Ghost is a 4-channel sound installation which recreates the sounds of the artist’s breath, blows, grunts, and pulse rate during one performance of Becoming An Image. We hear Cassils darting from one corner to the other and circling the listener like a ghost. 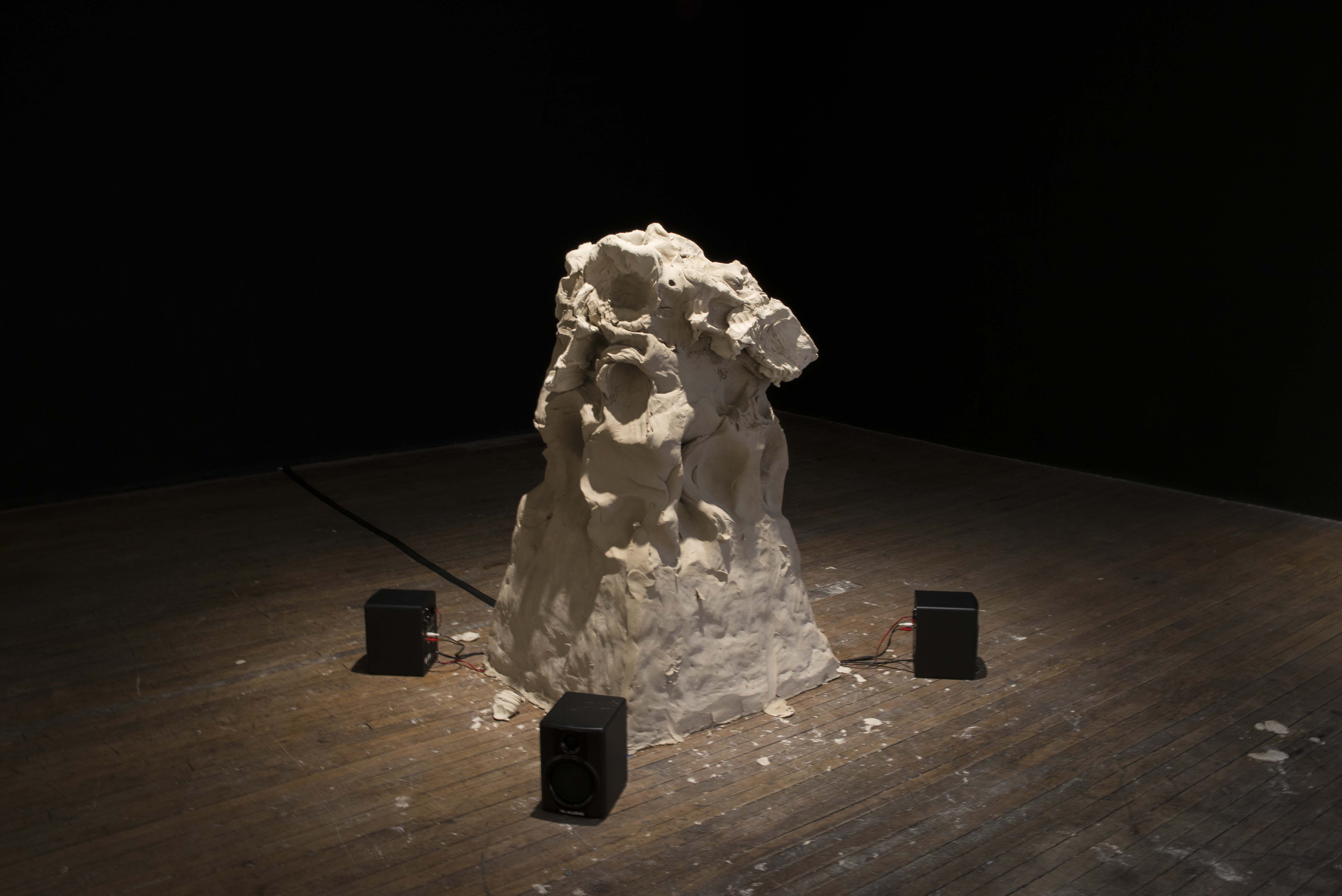