Hard Times explores the production needed to uphold a superficial image by employing scaffolding, professional lighting equipment, a film crew, and special effects makeup to create an image of Tiresias--the blind prophet of Thebes who was transformed into a woman--teetering on a plank of wood seven feet in the air in a frosted blond wig, coral body thong, the deep tan of a bodybuilder, and a terrifying prosthetic mask. 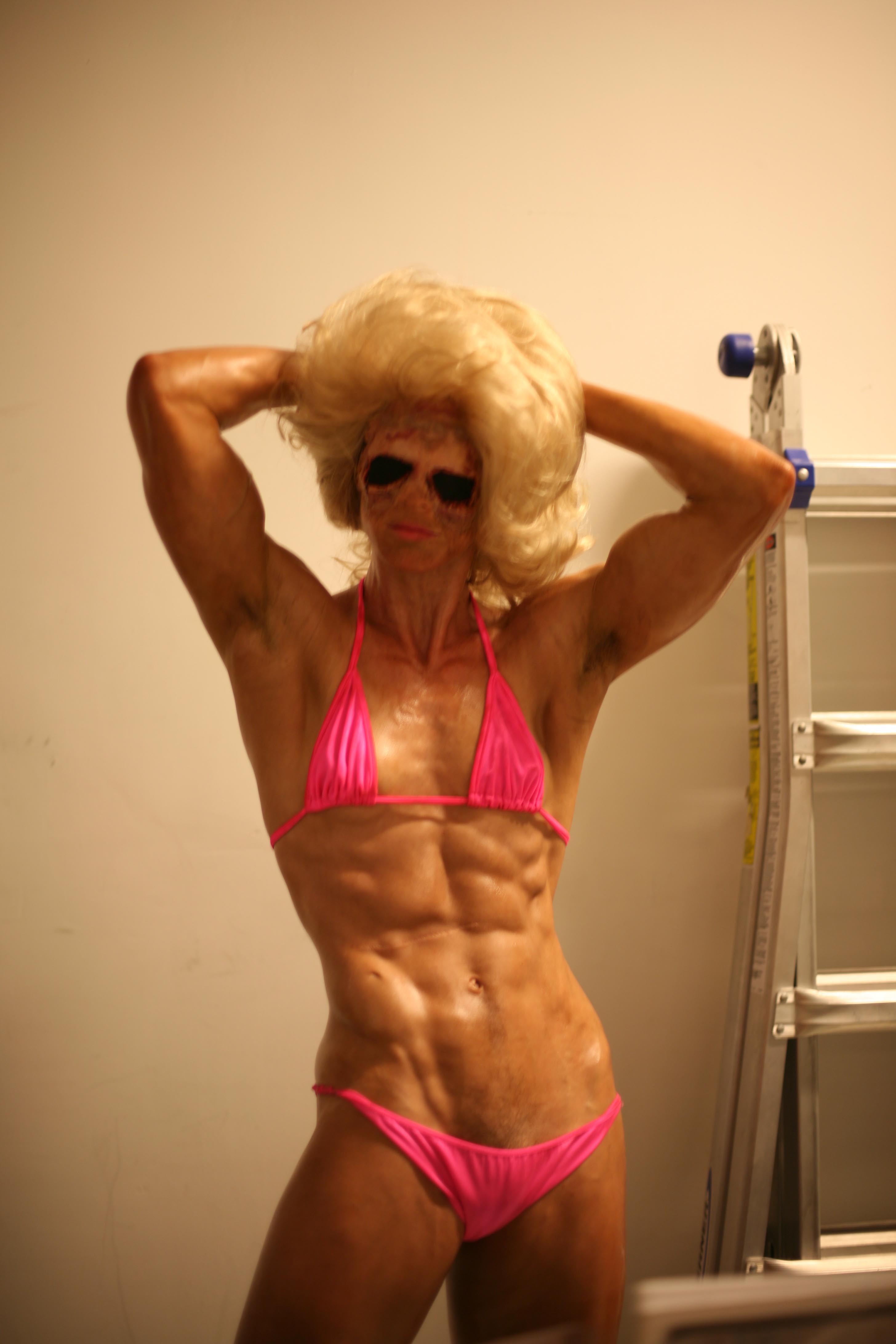 For six minutes, Cassils performs a bodybuilding routine in slow motion. Their limbs begin to convulse and shake uncontrollably as their nervous system becomes overloaded from holding deep muscular contractions. Hard Times responds to the culture of consumption and denial with an image of a body that sputters and twitches with exertion to maintain its manicured surface. 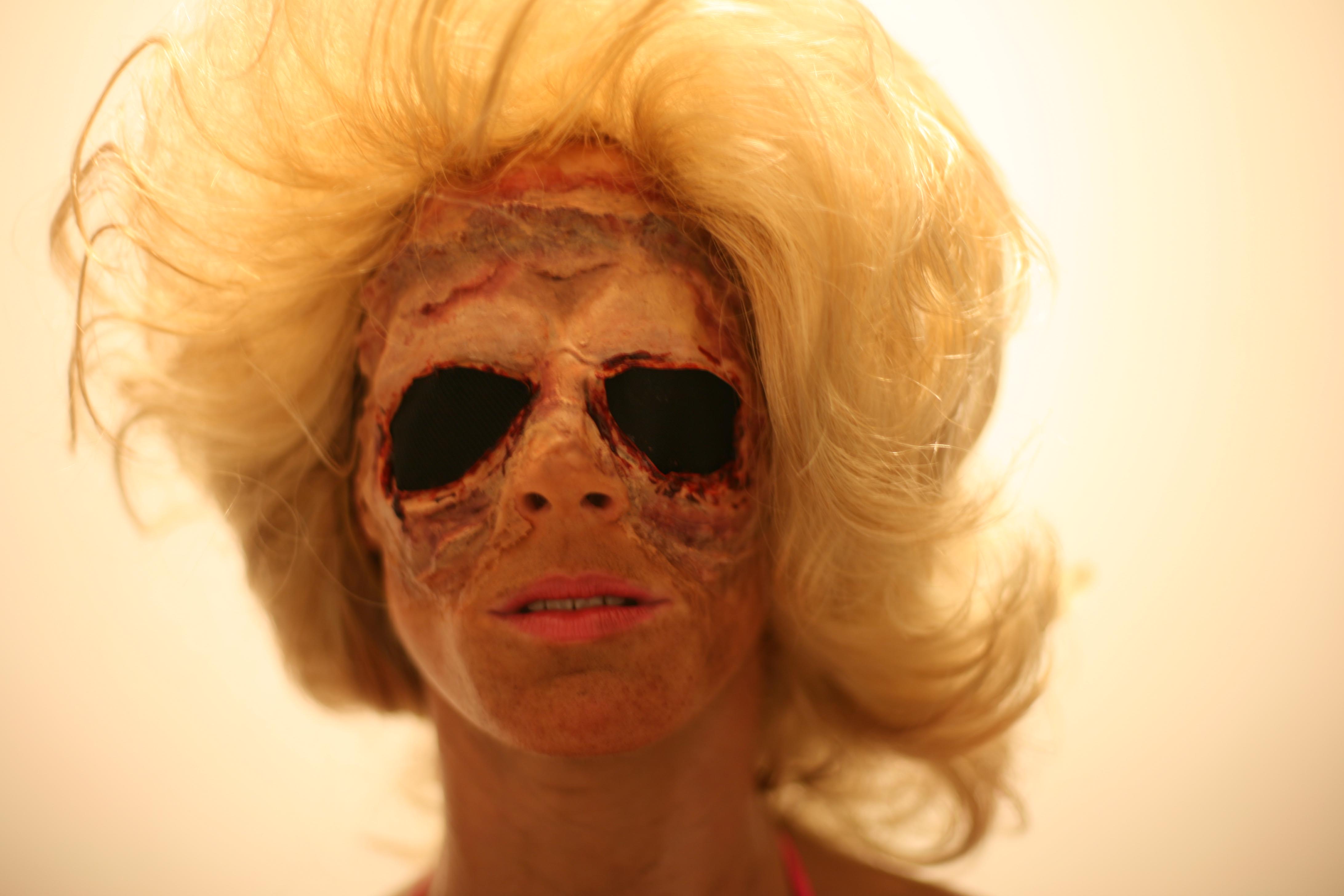 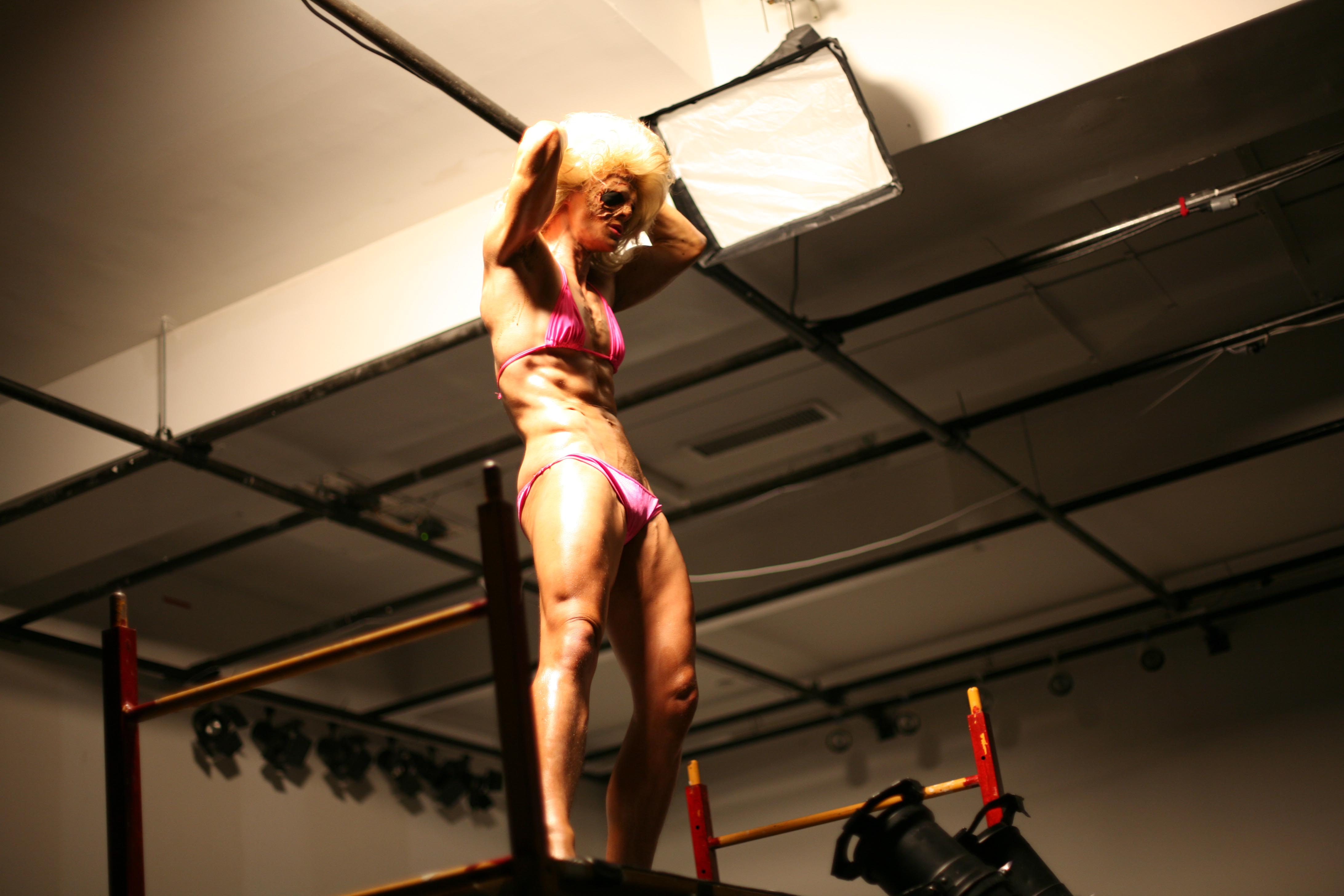 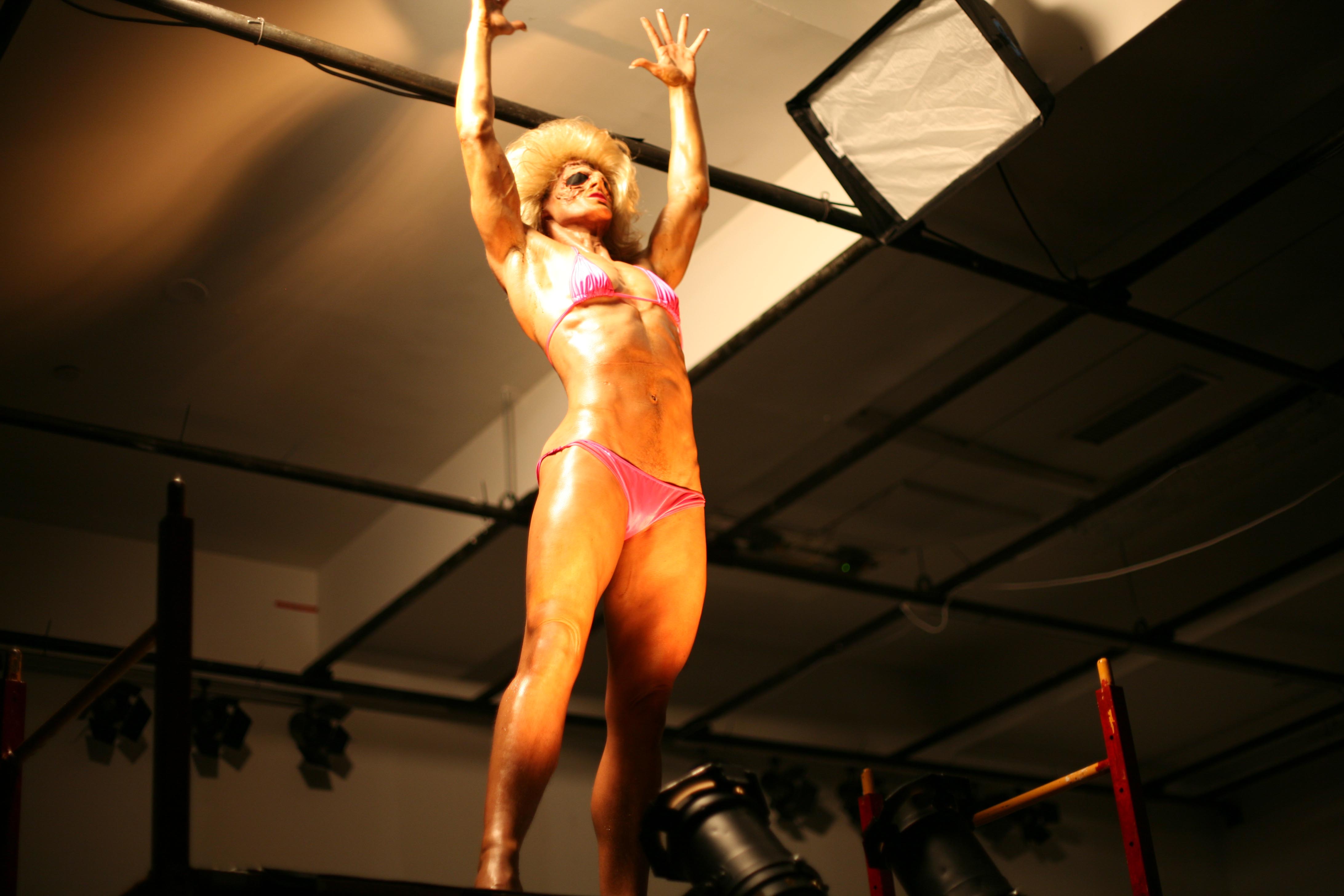