Against an unprecedented backdrop of US-based anti-trans legislation Human Measure asks: how do we manifest empowerment, sensuality and self actualization in a society that actively tries to erase us? 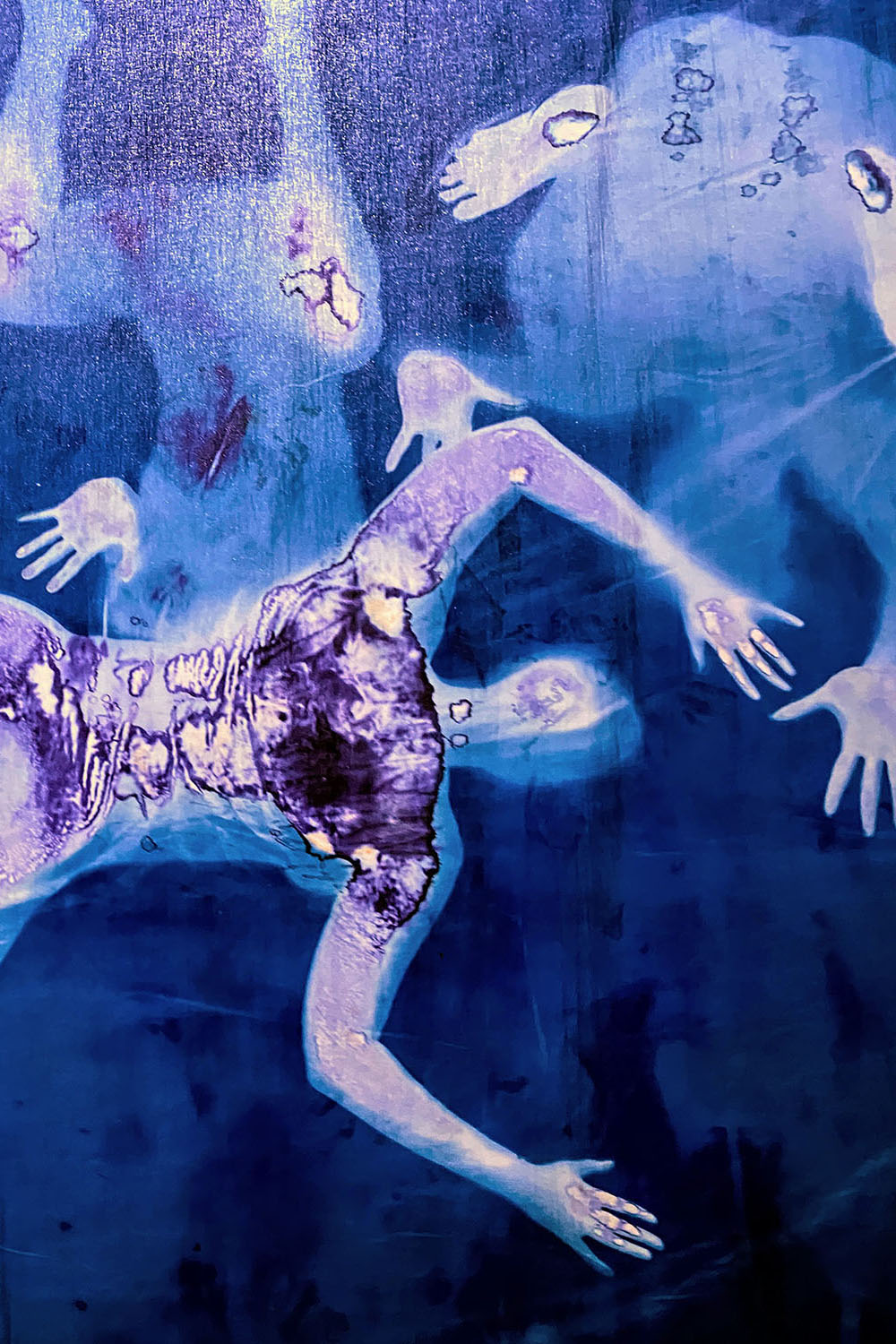 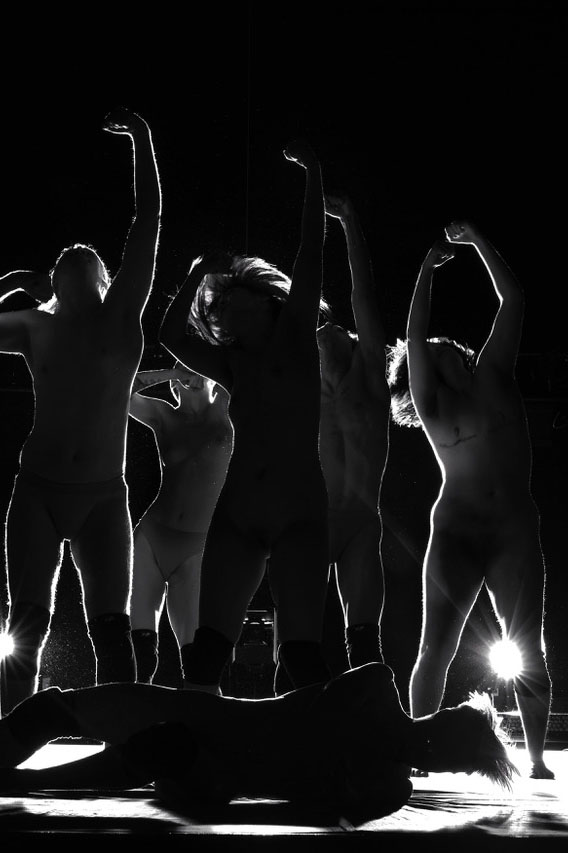 Human Measure is Cassils’s debut contemporary dance work and is made in collaboration with renowned US choreographer Jasmine Albuquerque, composer Kadet Kuhne, lighting designer Christopher Kuhl and a team of five trans and nonbinary performers.

“...the choreography alternates between sensuously intimate and hedonistically frenetic. The tone set by low, red lighting and a droning, instrumental soundtrack is interrupted by intermittent photographic flashes that leave a blinding retinal burn in their wake: Is the audience seeing too much, or not enough?” 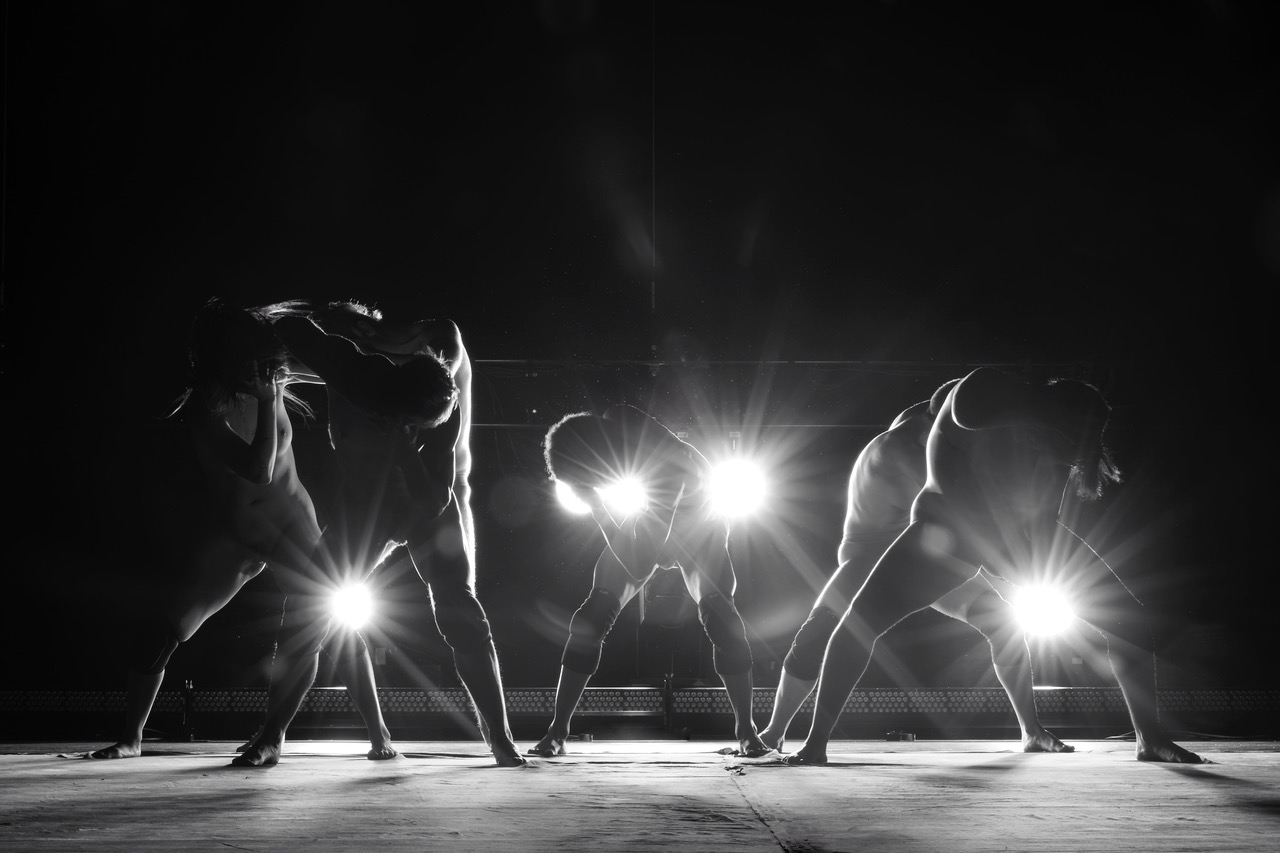 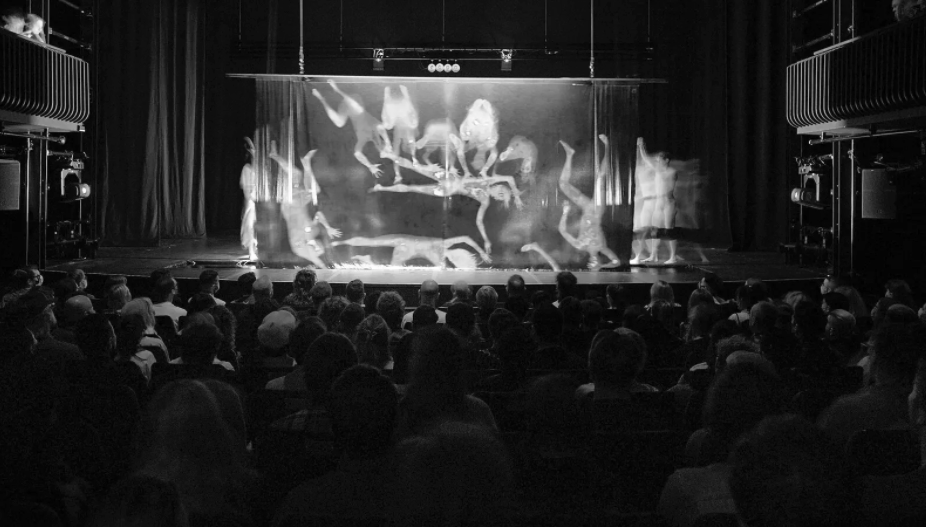 Insisting upon plurality and avoiding legibility.

Human Measure straddles dance and the history of photography. The work is purposefully designed to be difficult to see and is staged in low levels of red light found in photographic darkrooms. The viewer's physiology is hijacked as live after images are seared into the audience's retina by a massive flashing light box, culminating in the active development of one of the world's largest cyanotypes, on stage in real time.

Rooted in kinesiology, martial arts, sports science and personal safety protocols they reinterpret Yves Klein’s Anthropometries paintings. As opposed to the models in Klein’s work who acted as passive “human paintbrushes”, the performers in Human Measure wield the double-edged sword of representation in a collective process of empowered labor. 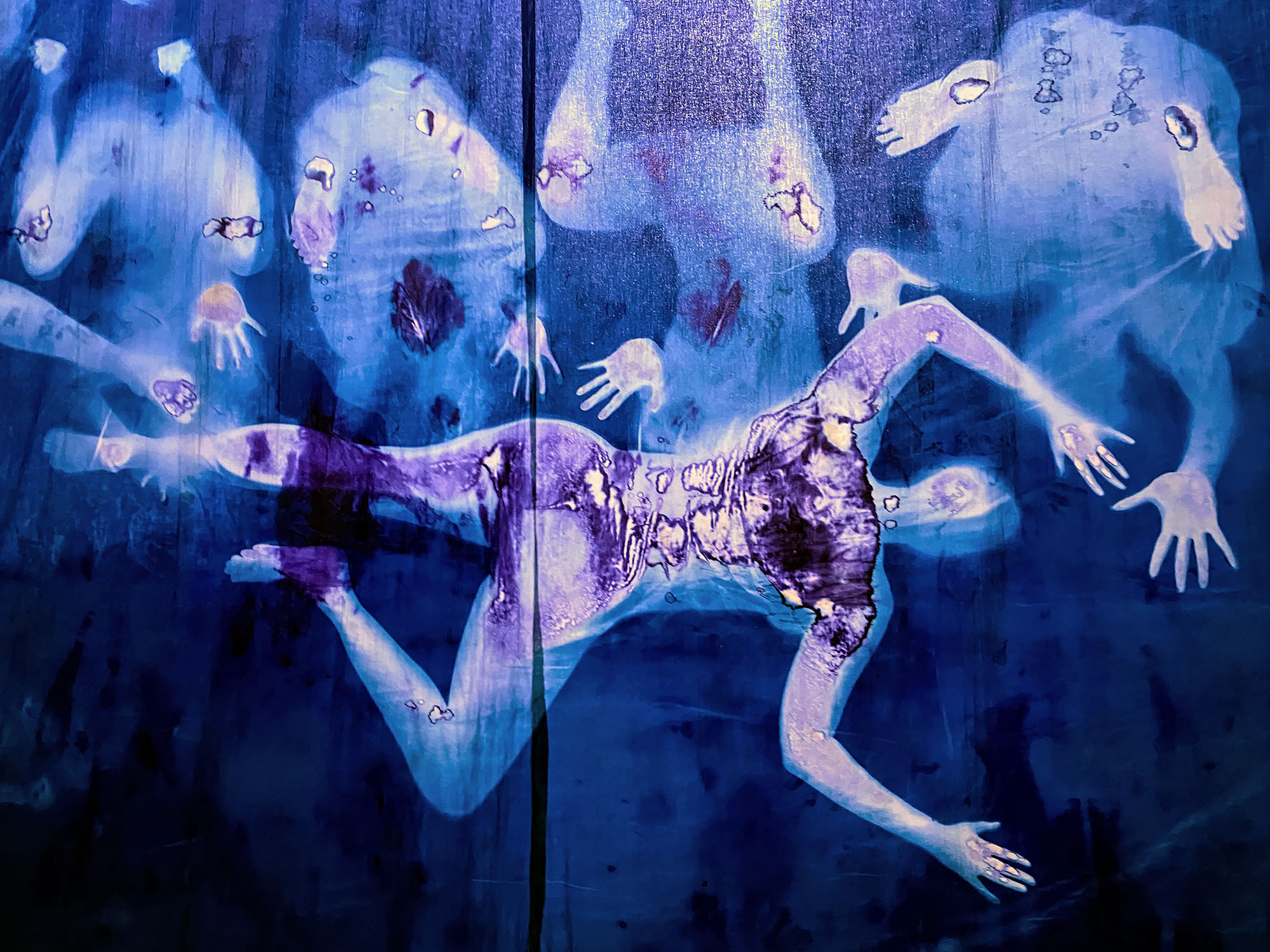 We acknowledge the support of the Canada Council for the Arts.

Human Measure was created with the support of the Paul D. Fleck Fellowship residency at Banff Centre, and with support from Walter Phillips Gallery, Banff Centre, initiated by Carol A. Stakenas and Jacqueline Bell.

With additional thanks to the Villa Bellagio Residency through the Rockefeller Foundation, INMATT Foundation, Canadian Stage, and the Roy and Edna Disney CalArts Theater (REDCAT) for their continued support.

Image + media credits for this page

next: In Plain Sight

For requests about exhibitions, sales, reproduction rights or to arrange an interview, speaking engagement or lecture, please send an e-mail briefly detailing your inquiry to cassils.studio@gmail.com