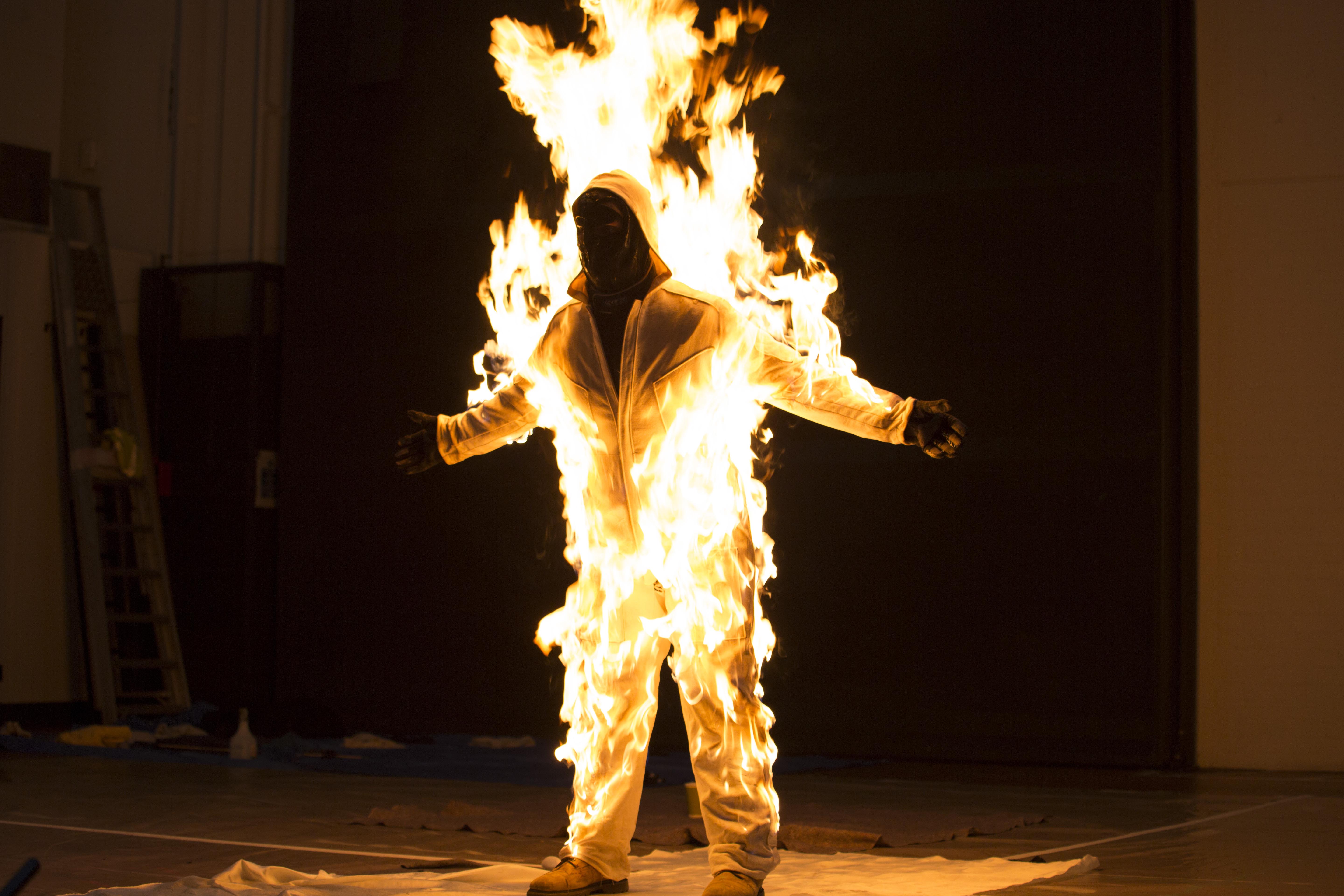 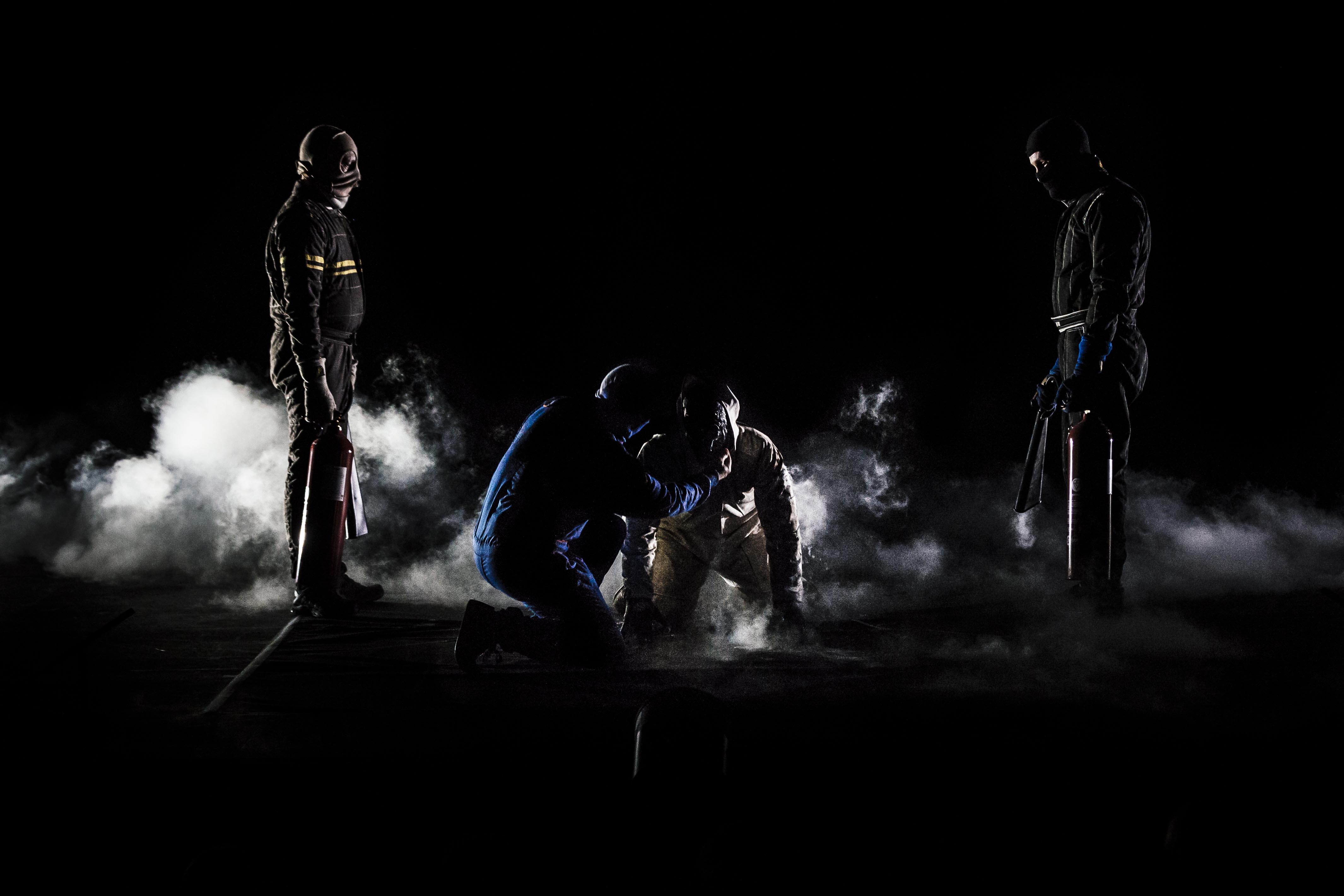 Inextinguishable Fire enacts a full-body burn for film and in front of a live audience.

"The Inextinguishable Fire film features Cassils engaged in a treacherous fire stunt. Using techniques borrowed from Hollywood stunts, Cassils experiences the very real human terror of being lit on fire. Using a Phantom camera that shoots at 1000 frames per second, the 14-second full body burn is extended to 14 minutes of slow motion flame.

The title of the piece references Harun Farocki’s 1969 film of the same name, which approaches the impossible task of effectively depicting the horror of napalm on film. Cassils’s gesture of self-immolation speaks to both the desire for–and the impossibility of–knowing such horror, even while decisively aiming to approach it. Though the stunt is a simulation of violence, it still presents real danger. This possibly volatile situation–and the attempt to control it–is captured to create an image where danger, empathy for those experiencing violence, and the privilege of removal from such circumstance operate simultaneously in one transparent performance.

Slowing the burn requires the viewer to spend time in a world otherwise reduced to the fleeting headlines of Twitter and Facebook feeds. When screened on a continuous loop, the video references continuous cycles of political uprising and apathy, life and death, ignition and extinguishment.”
‍
CASSILS: ARTIST BOOK
JULIA STEINMETZ

“Cassils makes you look; the artist dares you to avert your eyes from the safety of your theatre seat. Cassils makes you think you’ve smelt and felt the flames when you haven’t, refuses to allow you to distance yourself from what you are witnessing. Inextinguishable Fire put a match under our certainties and perceptions, making you confront what you might prefer to ignore.”

Inextinguishable Fire was performed live at the National Theatre in London as part of the SPILL Festival of Performance, with live sound design by Kadet Kuhne.

The performance presents the stark figure of Cassils on stage where a stunt team carefully prepares their body for a full-body burn. Using Hollywood stunt production techniques, the crew laboriously coated the artist’s body in layers of fire resistant long underwear soaked in a freezing solution intended to induce a hypothermic state. The risk in performing a fire stunt is not that the fire will touch the skin but that perspiration from the heat of the body will boil and burn the skin inside of the protective garments. For this reason, Cassils was chilled to the bone before they were lit ablaze. 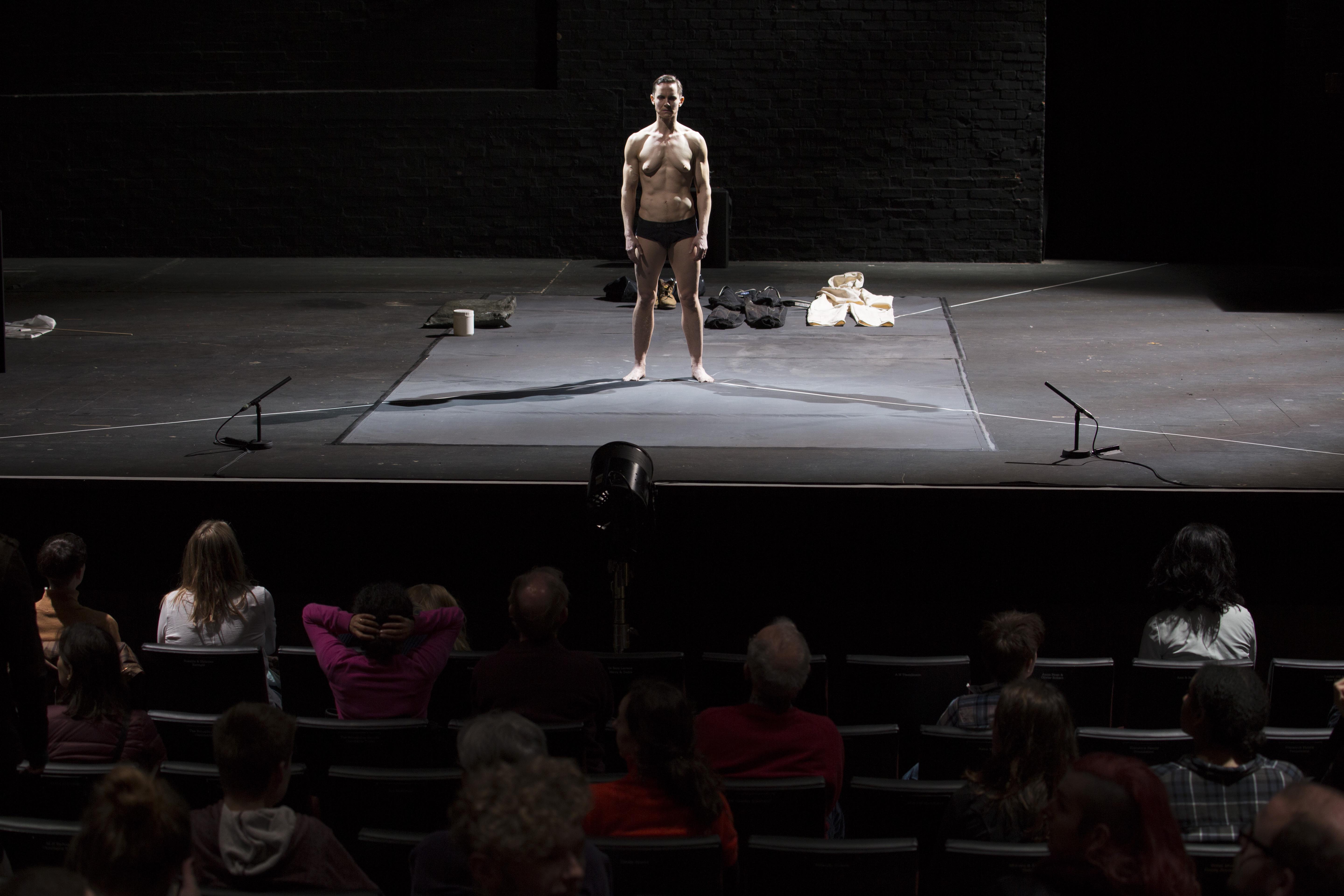 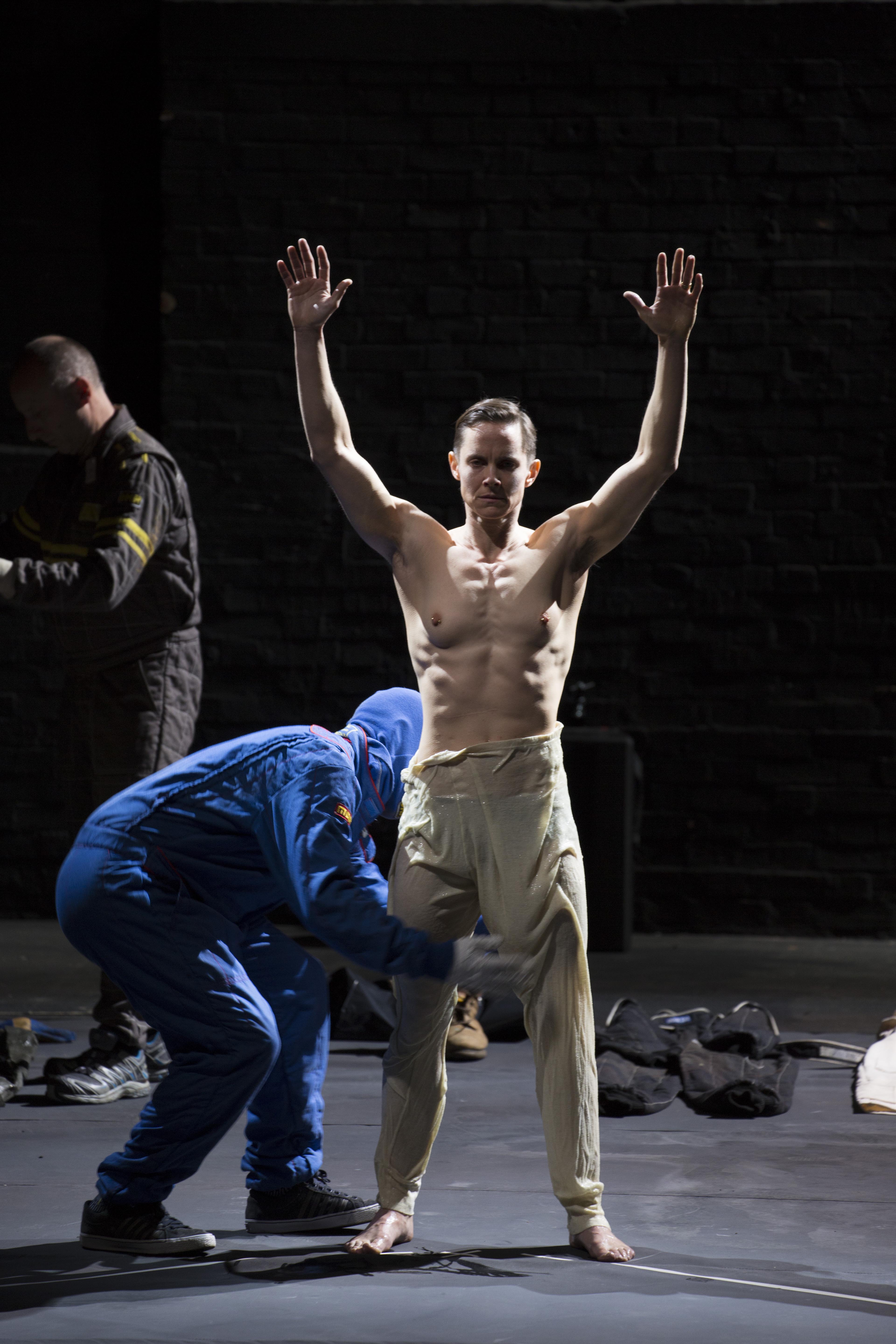 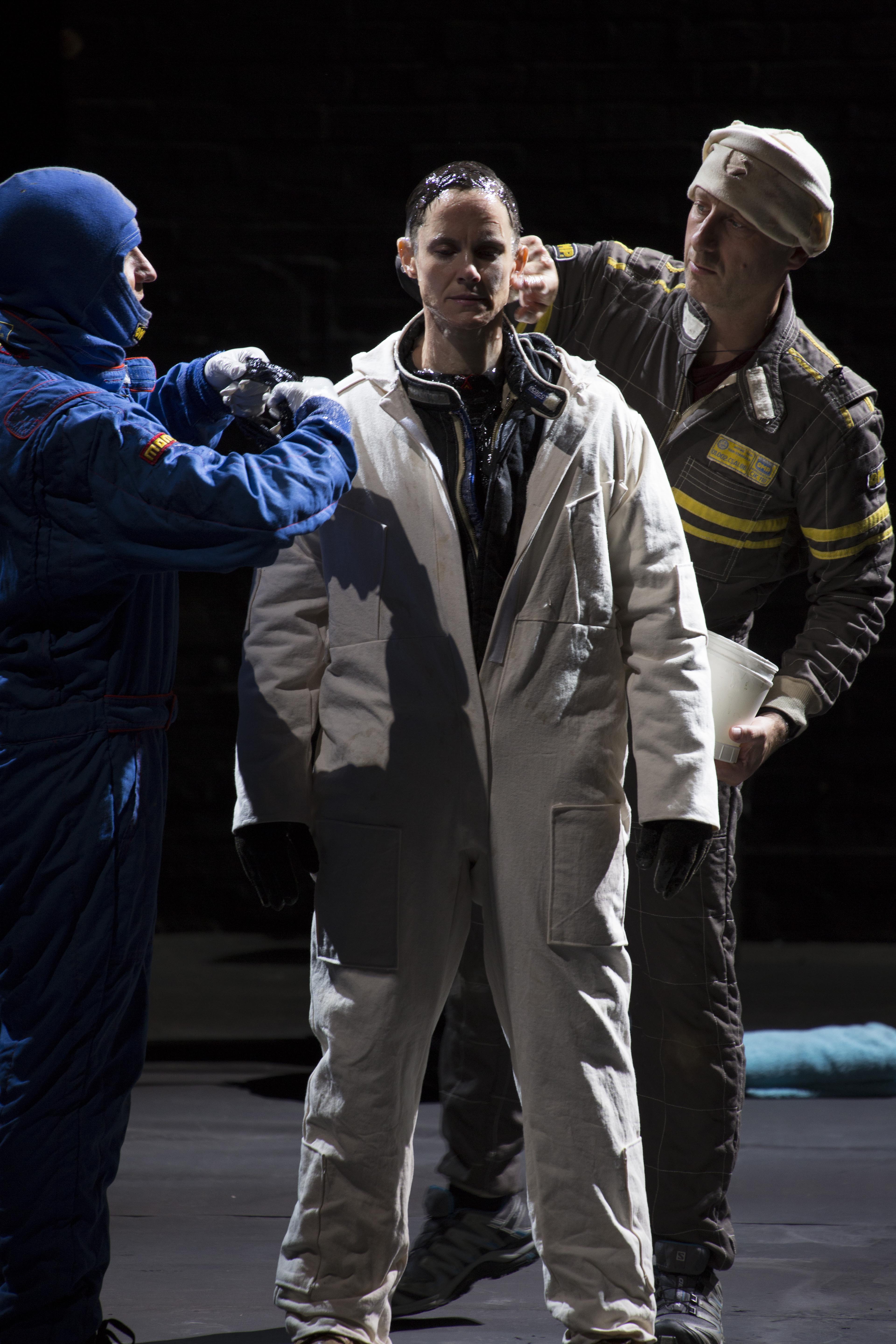 Following the burn, the Inextinguishable Fire film was projected on the side of the Southbank Centre building. The live performance and accompanying projection create tension between the horror of an actual live body on fire, and the comparatively palatable mediated experience of consuming a large scale, public video projection of the same event.

Inextinguishable Fire’s live burn is limited to the length of a single exhalation in order to protect the esophagus.

In installation, the film projection is accompanied by Encapsulated Breaths, blown glass sculptures enclosing a single breath. The objects resemble fragile speech bubbles, and speak to the precarity of the voice and political expression. 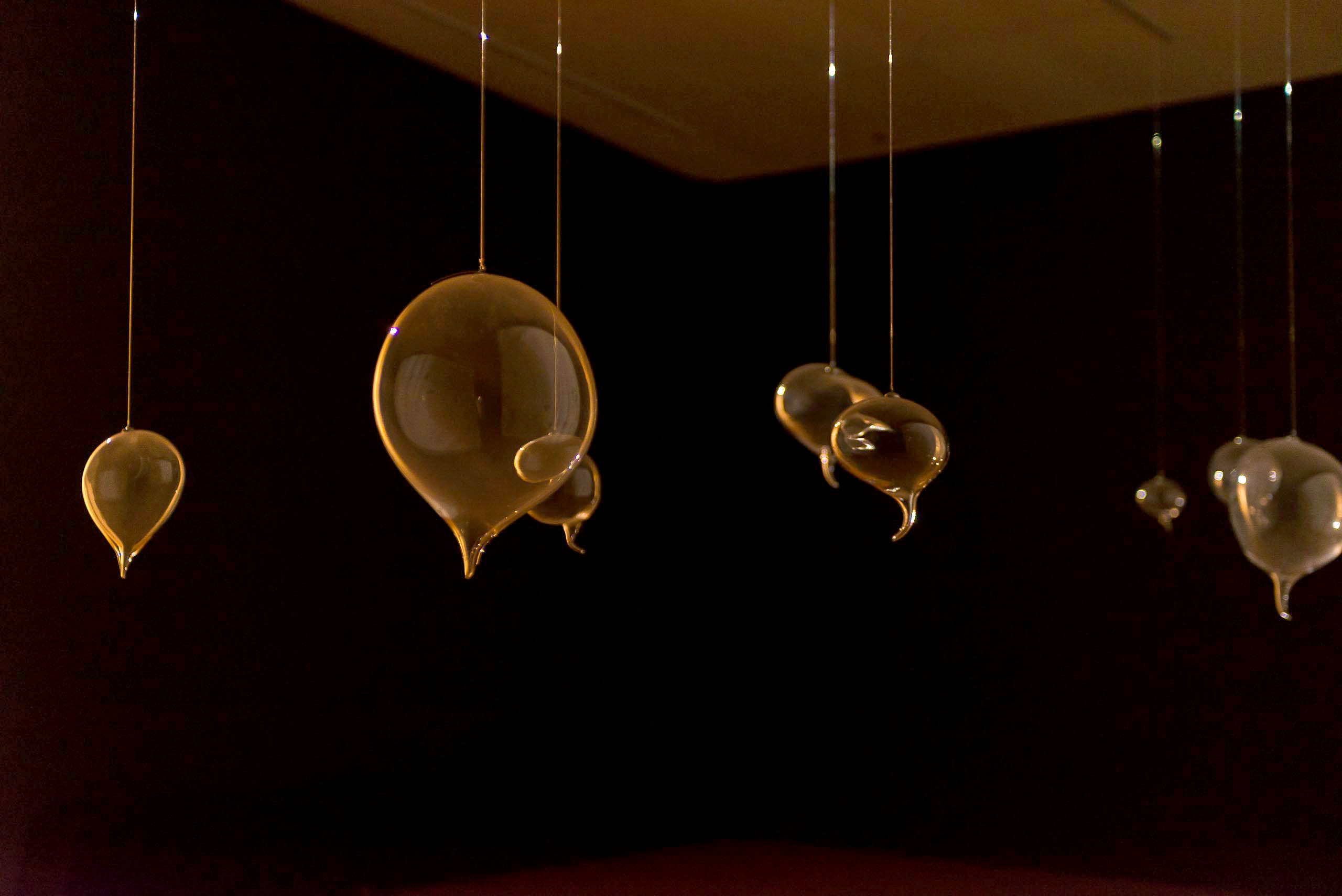 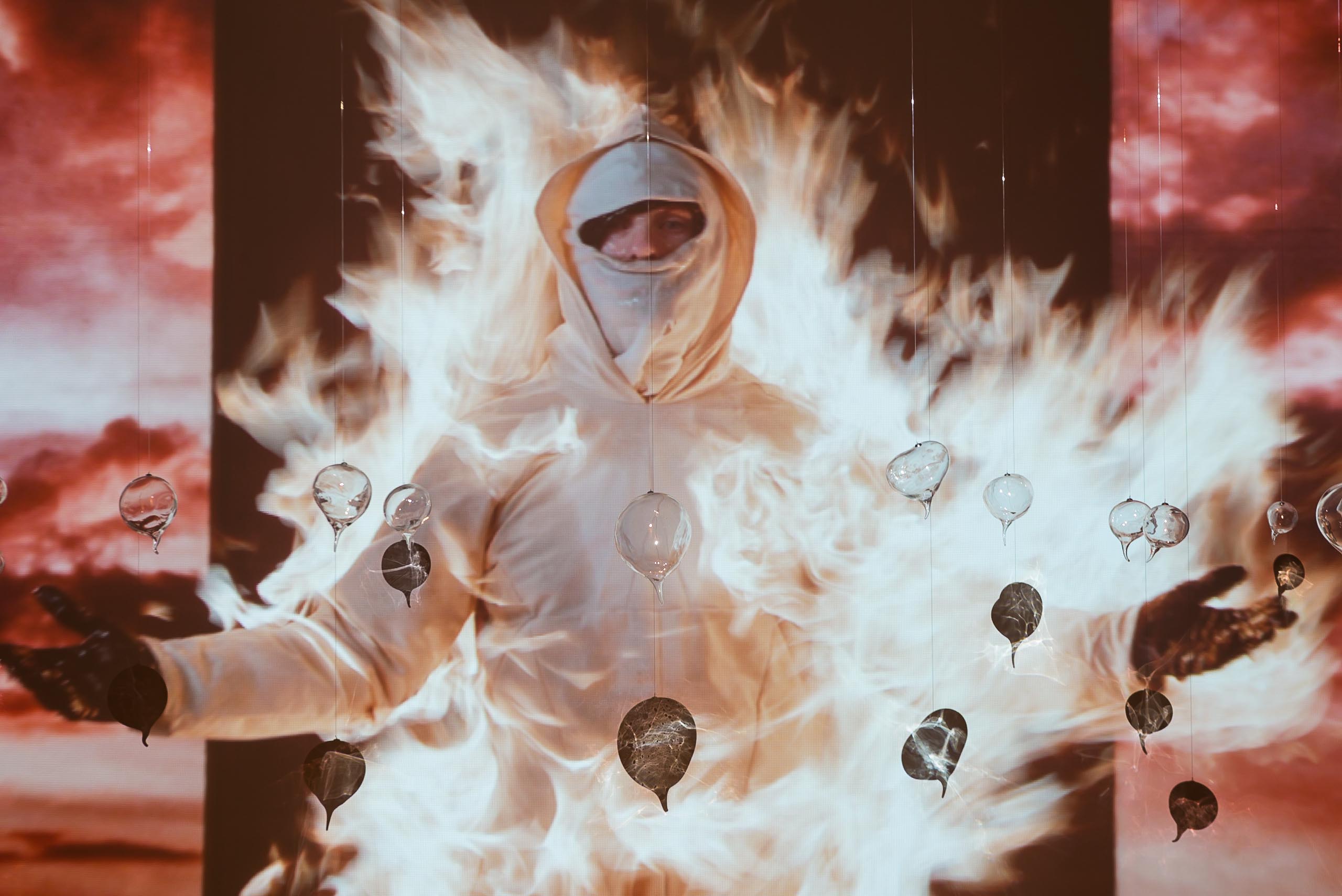 "Slowing the burn requires the viewer to spend time in a world otherwise reduced to the fleeting headlines of Twitter and Facebook feeds. When screened on a continuous loop, the video references continuous cycles of political uprising and apathy, life and death, ignition and extinguishment.”